January 02, 2012
Big E received a copy of Toy Story 3 for Chanukah this year.  He didn't actually gain possession of it until Friday night when we had dinner with Aunt and Uncle Yoy.

Since that time, he has watched the movie approximately 12 times.  I find this amazing that he can watch the same thing over and over and over again.

I wonder if this is how my parents felt towards my affinity for the Grease and Grease 2 (yes, I said Grease 2) movies as a child.  I, too, would watch them on repeat.

Today's Toy Story 3 final count was 4 showings.  Normally, I'd be abhorred at myself for allowing Big E to watch this much television.

But he loves to sit on his potty and watch the movie.  Mr. Yoy dubbed the movie "Toy"let Story.

I am happy to report that Big E made on the potty all day.  I was so proud of him, I could hardly contain myself.

I gave him a ton of candy and other crap, that again, I normally don't have in the house.  All rules fly out the window when it comes to toilet training.  As the novelty of all day candy and movies dies down, we'll move on to more enticing bribery such as ponies and possibly cars.

The only major challenge we had today was to get him to have a BM.  He goes at least once a day, so after dinner when he still hadn't gone, I was getting a tad worried.

So I stole a page from neighbor Yoy's playbook.  I remember her telling me she'd run her daughter around before bedtime to get her to go to the bathroom.

I told Big E to run some laps around the kitchen.

That's my boy!  What a good listener.

He came back over to his toilet and I sat him down. Within two minutes, it was all over.

I am feeling so, so, so relieved at the progress we have made over the past two days.  I actually feel like this is doable.

This is a complete turnaround as compared to yesterday when I was convinced he'd be in diapers FOREVER.

Thanks to everyone for their encourage words, stories, ideas, and support!

Next up on my list of things to fret about (I wouldn't be a mom if I didn't have one):
1) Convincing him to use a real toilet instead of his training toilet
2) Coordinating public restroom use with both Yoys in tow
3) Nightime bathroom trips

Again, I'll take any advice I can get.  You guys are my greatest resource!  Thanks! 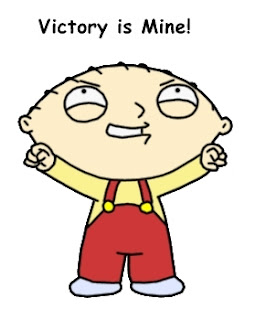