Yesterday was the FL/GA game.  As a UF alumni living in Atlanta, this is a very important game.  Yes, I enjoy winning in general, but to win this game guarantees I have another year of care-free existence here.  I don't have to hear the "barking" from the UGA fans.  After yesterday, I think we've lost two or three since I moved here in 1999.  So, understandably, us Gators are a little on edge.

Our neighbors went to college with Mr. Yoy and are also big Gator fans.  Mr. B came over to watch the second half with Mr. Yoy, Big E, and me.

It was pretty hard to watch as we were playing like a giant turd.  The boys were getting frustrated while simultaneously drinking lots of liquor.

There were some foul words coming out of their mouths. Even nearby sailors were covering their ears in horror.

Mr. Yoy yelled out something to extent of:

I'm sure you know where this is going.


YOU PROMISED! -The Lion King

He hurled himself onto the couch next to Mr. B and yelled

Mr. Yoy and Mr. B found this to be really funny.

I, on the other hand, did not.  I asked them to stop laughing, reacting, etc.  If we pretend that didn't just happen, maybe he won't realize he blurted out the worst of the bad words.

He hasn't said it again, so maybe that was just a one time performance.

I'm just hoping he doesn't say it at school when someone takes a toy from him:

GIVE ME THAT F*CKING TOY BACK!

or at the doctor's office when he gets a shot:

WHAT THE F*CK WAS THAT FOR?


Well, we almost made it to his third birthday without any cuss words.  That's got to count for something, right? 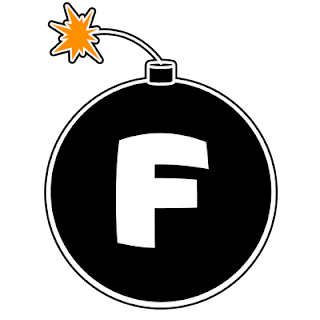